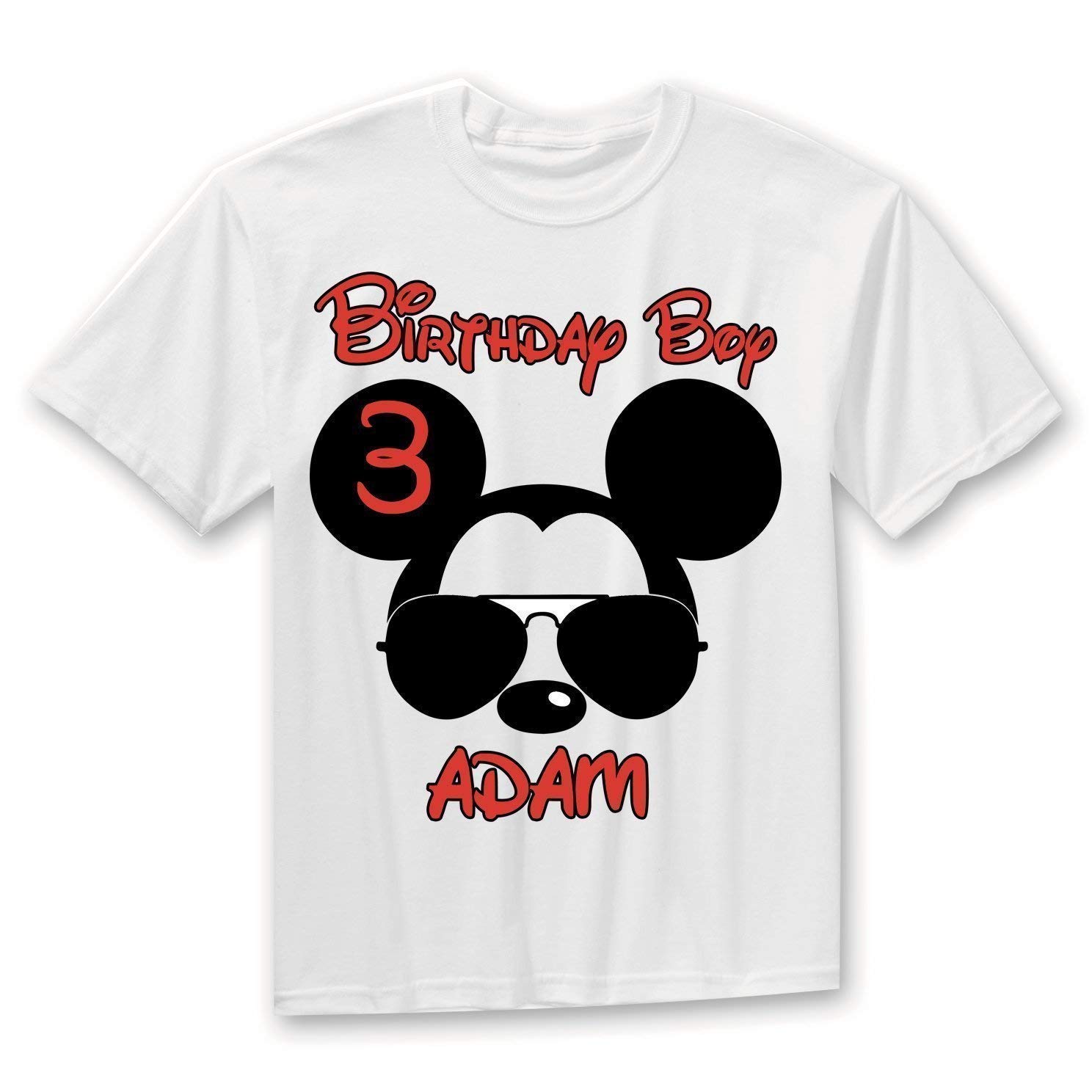 Mickey and minnie sunglasses shirt, Mickey Mouse Birthday shirt is completely customizable with your child's name and age. The personalized applique is adhered to the shirt using a commercial grade heat press making this shirt durable enough to withstand the wear. Listing is for ONE shirt. Customer is responsible to consult size chart. Slide for Size chart (last image for size chart). **Toddlers and Ladies shirts runs VERY Small, we recommend to SIZE UP.** Youth and Adult/Unisex are true to size. Please review size chart as we don't offer refunds or exchanges.